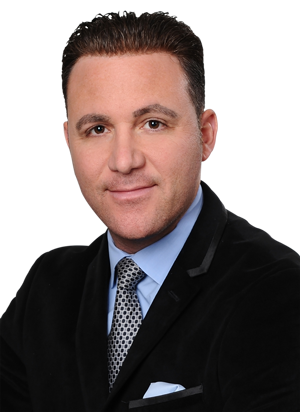 Fill out our 10 second form.

Over the course of 15 years, Anthony Gucciardo has purchased homes in certain circumstances. There’s a lot of companies that advertise that they will purchase your home, but what you don’t see is the fine print of that offer. I don’t know of any major real estate companies that purchase homes for fair market value or the initial list price. If we’re listing a property that is not selling and the seller expresses interest in moving the property as quickly as possible, we sometimes will make an offer that the sellers will accept.

Sellers have a much greater chance at getting a higher price from a traditional buyer than from a real estate brokerage firm or investor. If we do purchase your home, we fully disclose our position and advise sellers to consult with multiple real estate professionals and or appraisers regarding valuations. Each situation is different and often times peace of mind and closure trumps the highest sale price. Since 2011 Gucciardo real estate has purchased 15 homes allowing sellers to move onto their next chapter.

On April 27th, 2020, as you may be aware, I was arrested as a result of allegations made against me by my ex-fiance. These charges resulted in media coverage and the media reported that I was charged with misdemeanor harassment and stalking of “a woman known to my family.” The media did not report that my accuser was my former fiancé who also dated a Watervliet Police officer- the same department that filed the charges against me. The failure by the media to accurately report that the woman who filed the charge was a woman with whom I was engaged to be married is an omission of a very material fact and, in my opinion, a type of sensationalized journalism that painted a picture of facts that were vastly different from reality. I categorically denied all of these allegations. I ended our engagement after I uncovered infidelity, theft, and forgery. I regret that I need to address this matter publicly but feel that I must clarify the false media reports that were printed and aired on local television.

On the day I voluntarily went to the Watervliet Police department to answer to the allegations by my ex-fiance, I learned that someone alerted the news media. I was then paraded in front of news cameras in a deliberate attempt to tarnish my business reputation. Notably, the police chief of Watervliet was fired 2 weeks later. Importantly, the chief’s wife worked for me as a real estate agent and unfortunately, we did not part ways amicably. My attorney and I look forward to bringing this matter to a resolution as quickly as the courts allow.

Over the course of 15 years, Anthony Gucciardo has purchased homes in certain circumstances. There’s a lot of companies that advertise that they will purchase your home, but what you don’t see is the fine print of that offer.
Learn More